Bourbon Red
The Bourbon Red is a heritage breed, named for its unique reddish plumage and for Bourbon County, Kentucky. The breed's feathers are a dark base color, with white primaries in the tail characterized by a soft red band and white flight feathers; both the tail and wings feature chestnut coverts.

In the past, the breed has alternatively been called Kentucky Reds and Bourbon Butternuts. The bird originated in Kentucky and Pennsylvania in the late 19th century, and was created by crossing Buff, Standard Bronze, and White Holland Turkeys. It was first recognized as a turkey variety by the American Poultry Association in 1909.Bourbon Reds were selectively bred for utility traits as a meat bird, and was an important variety in the turkey industry throughout the 1930s and 1940s. Like most turkey breeds, it declined after the commercial adoption of the Broad Breasted White. Populations began to recover in the early 21st century, and today it is one of the most popular heritage breed turkeys in the U.S. Despite its relative popularity as a heritage breed, it is still listed as "watch" by the American Livestock Breeds Conservancy, entailing that there are fewer than 5000 breeding birds in the U.S.. The Bourbon Red is also included in Slow Food USA's Ark of Taste, a catalog of heritage American foods in danger of extinction. 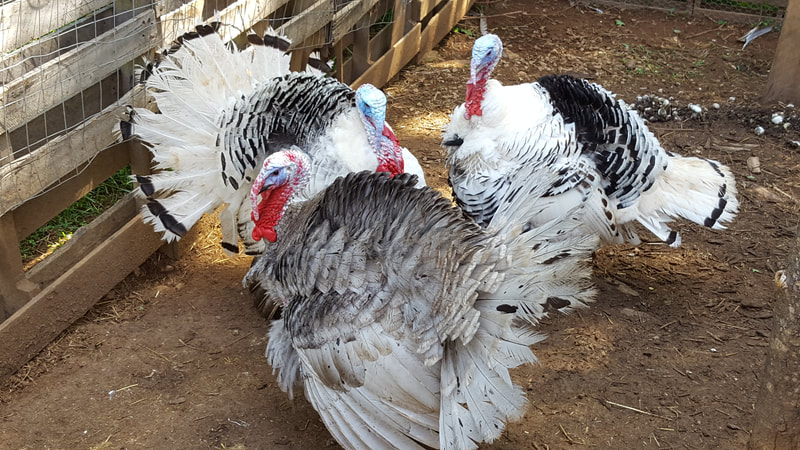 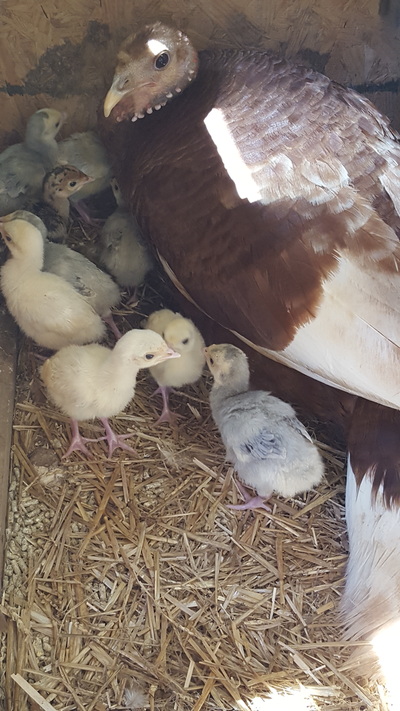 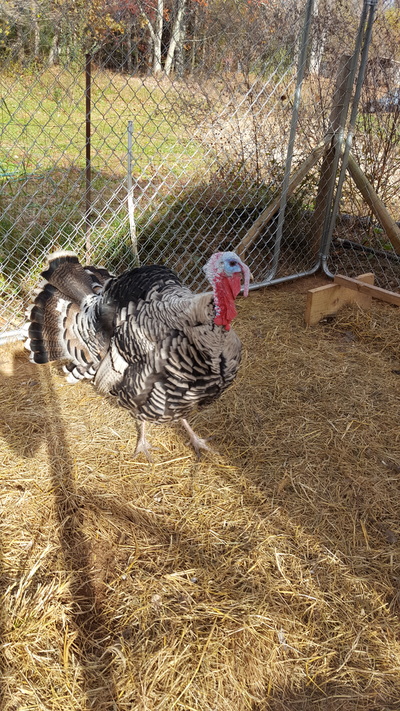